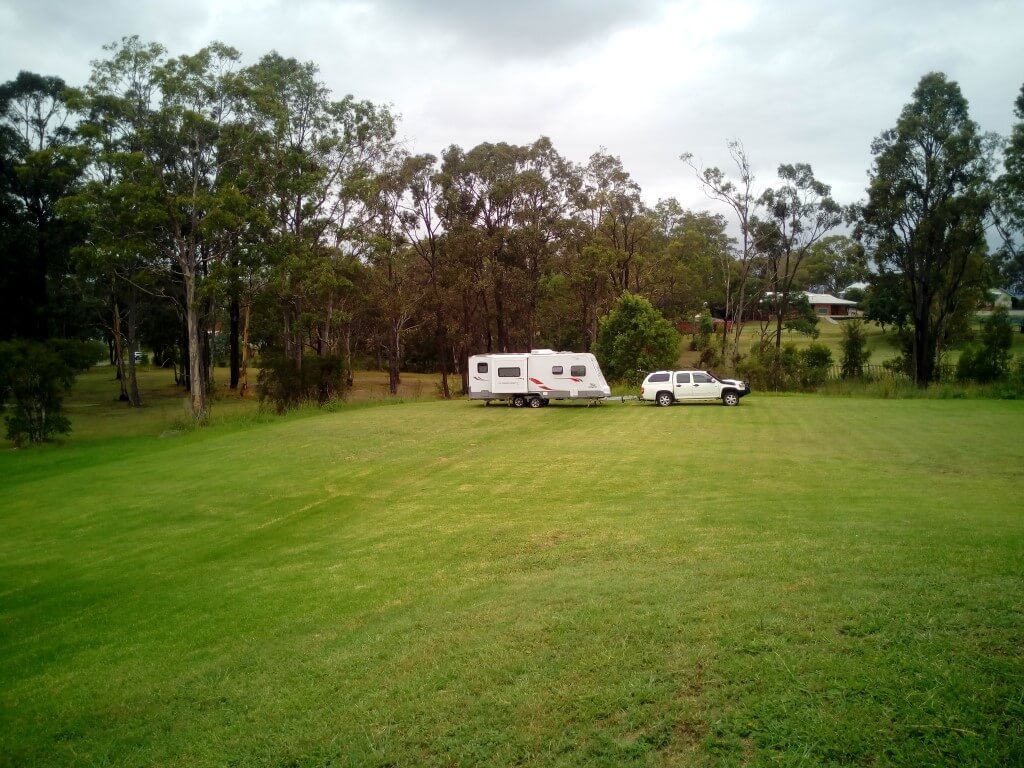 We stopped at Abermain Bowling Club as we liked the bowling club at Bulahdelah so much. As soon as we parked out the front of the club a local guy stood waiting for me. He had a long white beard and colorful Hawaiian shirt on. As i approached him He Said “G’day” and walked me inside after pointing out where Larry should park the van. He then announced to the staff behind the bar that I had come to camp ( you have to love a friendly local character)
The lady behind the bar was very helpful, took my details and gave me all the information we needed.

We were the only ones camping, so chose a nice corner spot by some trees. Unfortunately someone decided to drive on to the park area behind us and do donuts, that kind of spoilt it for us. It was nothing to do with the clubs and it was probably a one off.
We left early the next morning and headed back in the direction of Kurri Kurri. which was about 12 minutes away to a Dump point that was open before we headed off again.
We passed a couple of the areas that the recent bush fires had claimed in Kurri Kurri. I was in awe of the fire fighters and what they had done. The fire got so close to house’s, power station and the Hunter Express way yet they had stopped it before it got to them. What an amazing job they do!

If you like staying at showground, sports and recreation grounds you might like our post on the ones we have stayed at. Updated each time we stay at one. With over 17 in 5 states at this time. You can read them all in one place here