Balladonia, has one of the many semicircle parking area you find on the Eyre Highway. It’s named “Afghan Rock Rest Stop”. This is it’s name in WikiCamps.

Heading west you are not far from the Balladonia Roadhouse, which is the fist stop east of Norseman. Please see end of post for Google map location.

The area has some bins plus a table and bench. Depending on the way people park there vans you could fit in about four vans. Only one other couple parked up for the night, Although a couple of truck’s stopped for a rest late afternoon.

We had a nice chat at happy hour with the other caravaners and found we had a few coincidences. We had that six degrees of separation thing going on, kind of cool.

This camp is just some dirt off to the side of the road. But while this is a basic camp, due to the long distances you travel any free camp is a blessing 🙂

Only a five min drive from the rest area is Balladonia Hotel/Motel.

We pulled up for fuel as a tanker was filling up the underground tanks.

While we were waiting I grabbed a coffee and had a look around the free little museum they have.

A life-size replica of some NASA debris sits on the roof. During 1979 they witnessed the fiery re-entry of the NASA’s Skylab space station. They also have documents and photos of this event. 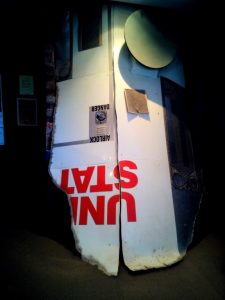 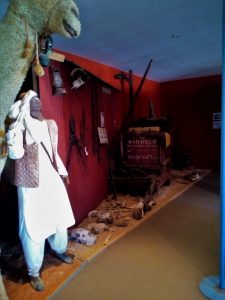 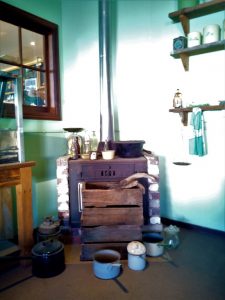 Information on local flora and fauna, artifacts from early settlers and Indigenous heritage are available to view 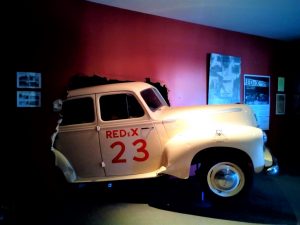 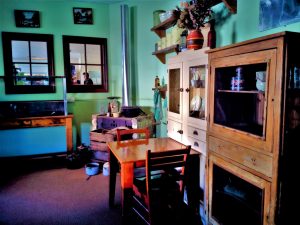 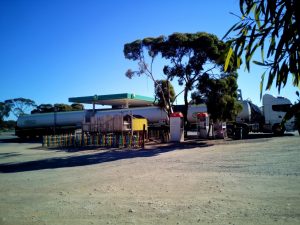 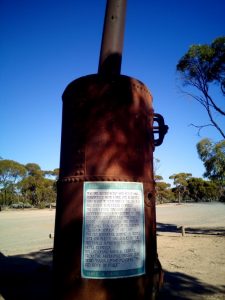 I found this one of the nicest Roadhouse on the Eyre Highway. Happy to have to wait for fuel so I could have a walk around 😀