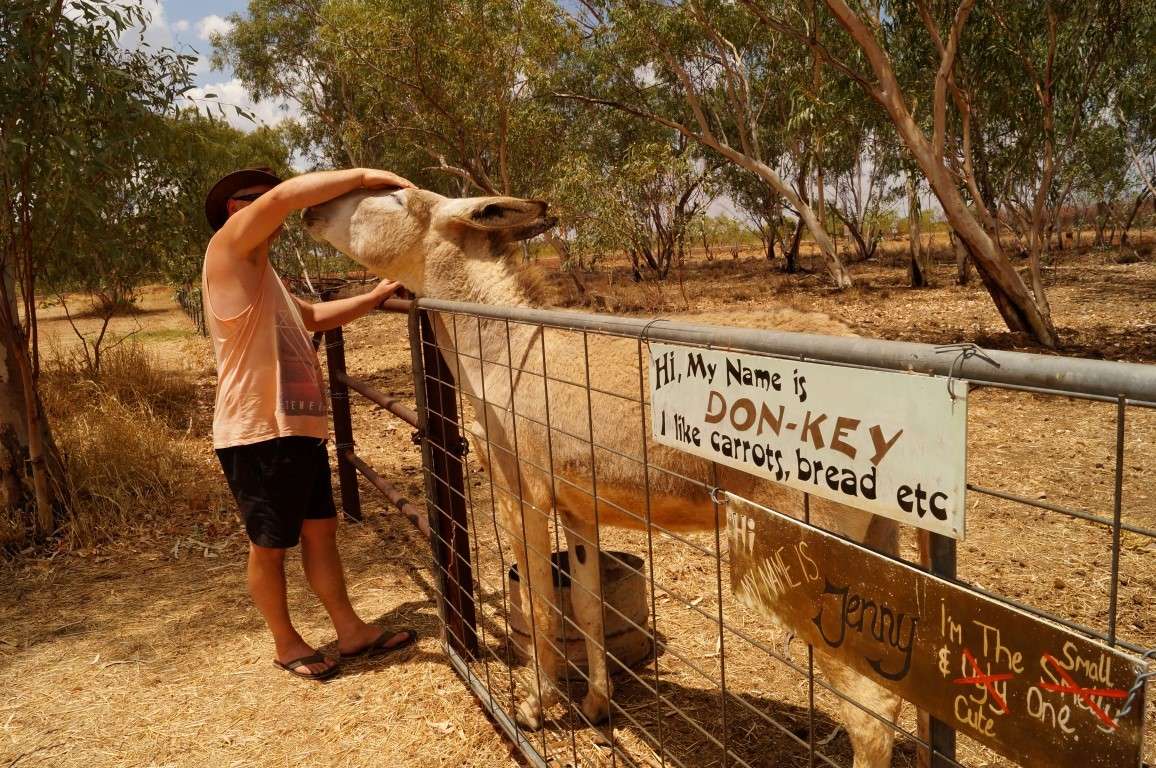 Banka Banka is 290km south of the Daly Waters Pub and 100 km north of Tennant Creek.

Once at the gates of the camp the rustic charm hits you. You are greeted by a couple of vintage, rusty old vehicles.

I was met at the gate on arrival by one of the friendly hosts and sign in. I was thinking, with it being out of season the place would be empty. Was I wrong, it was going to be filling up all evening.

We settled in with a drink in the shade by a sprinkler. We were told by the manager to turn it on if we wanted to, to cool down. “This is the Banka Banka Pool” he said, jokingly 😉 we sat in our chairs and turned it on. Not long after we were joined by others. A Banka Banka Pool Party was in full swing 🙂 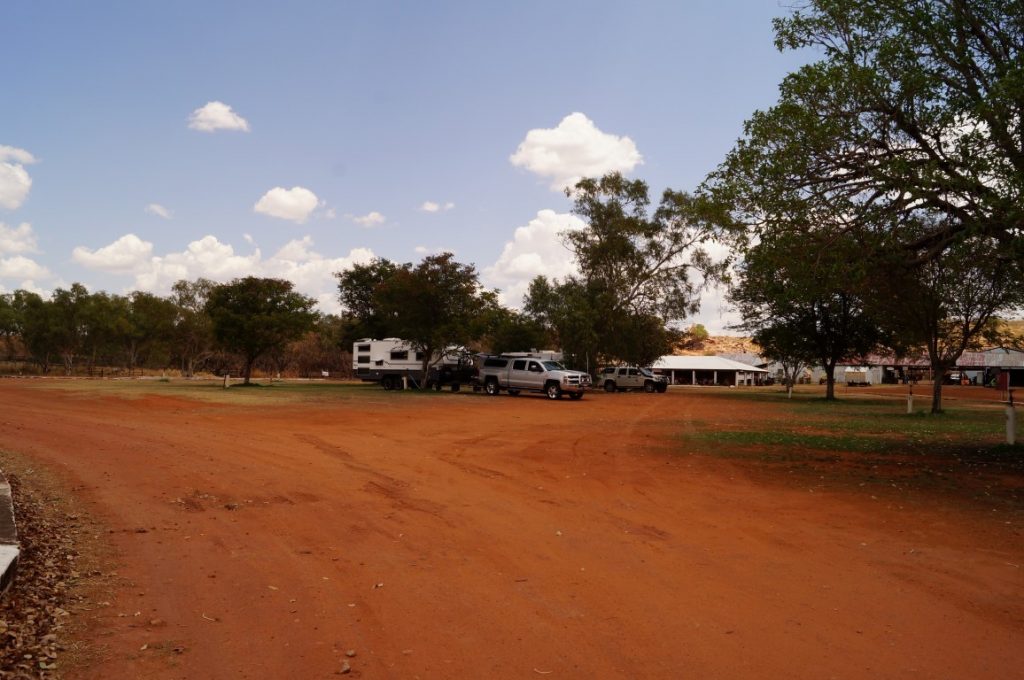 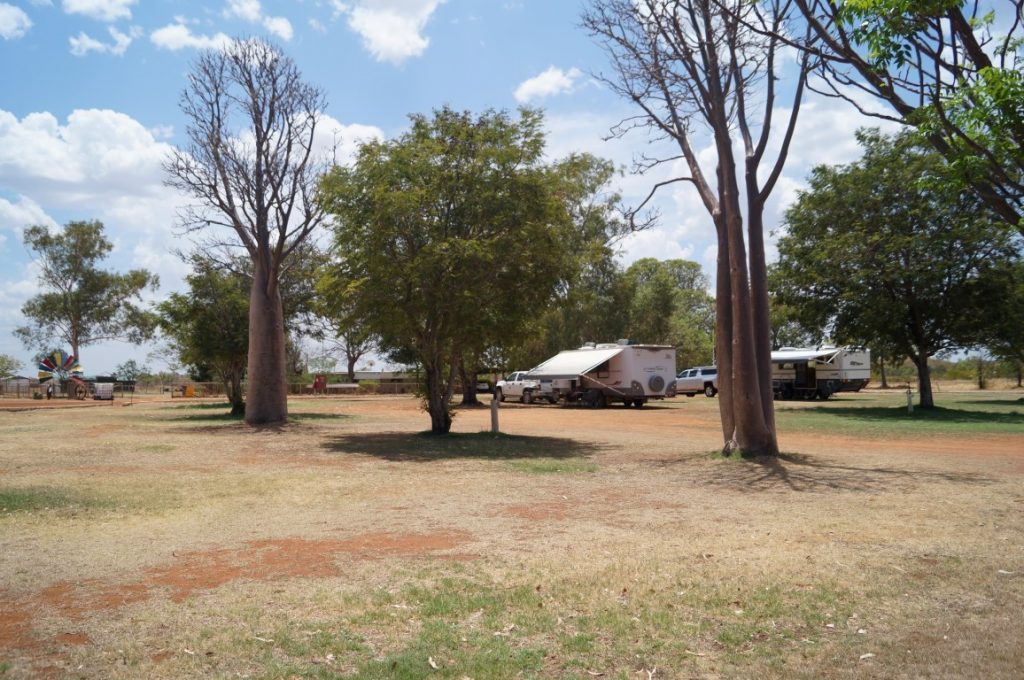 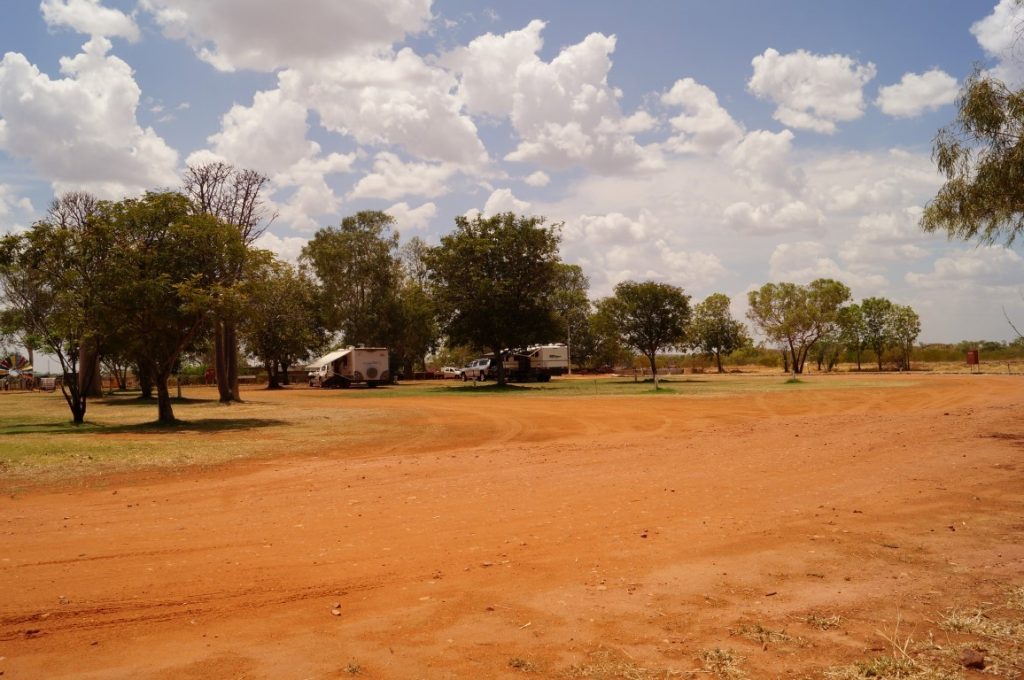 You will find memorabilia in one of the sheds and scattered around the place. From bottles to the kitchen sink. Outside they have rams heads on the fence, very country. 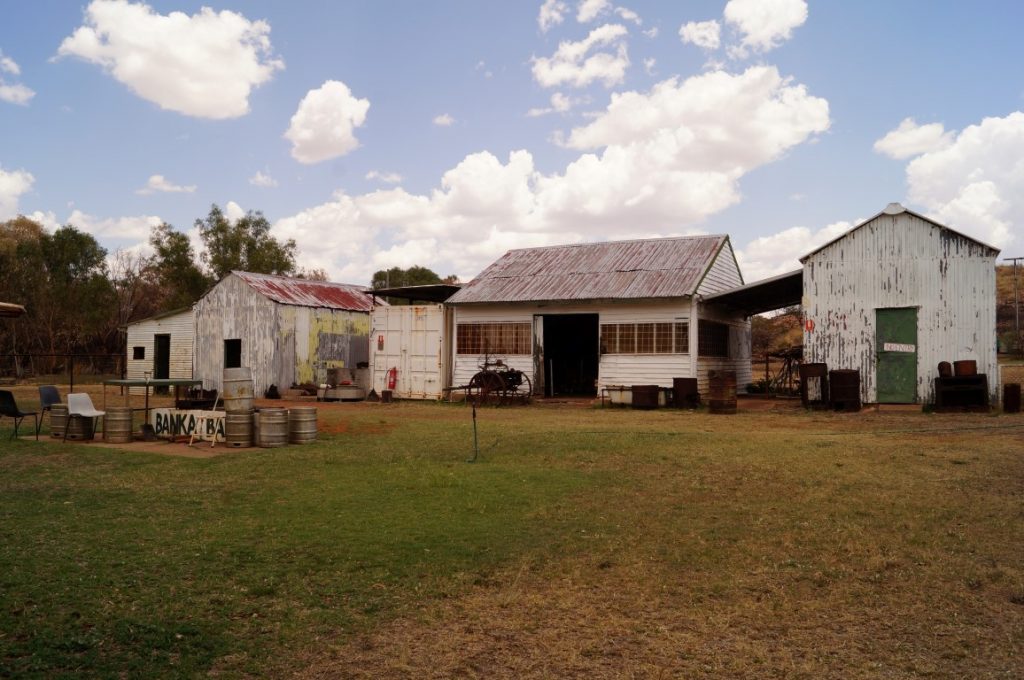 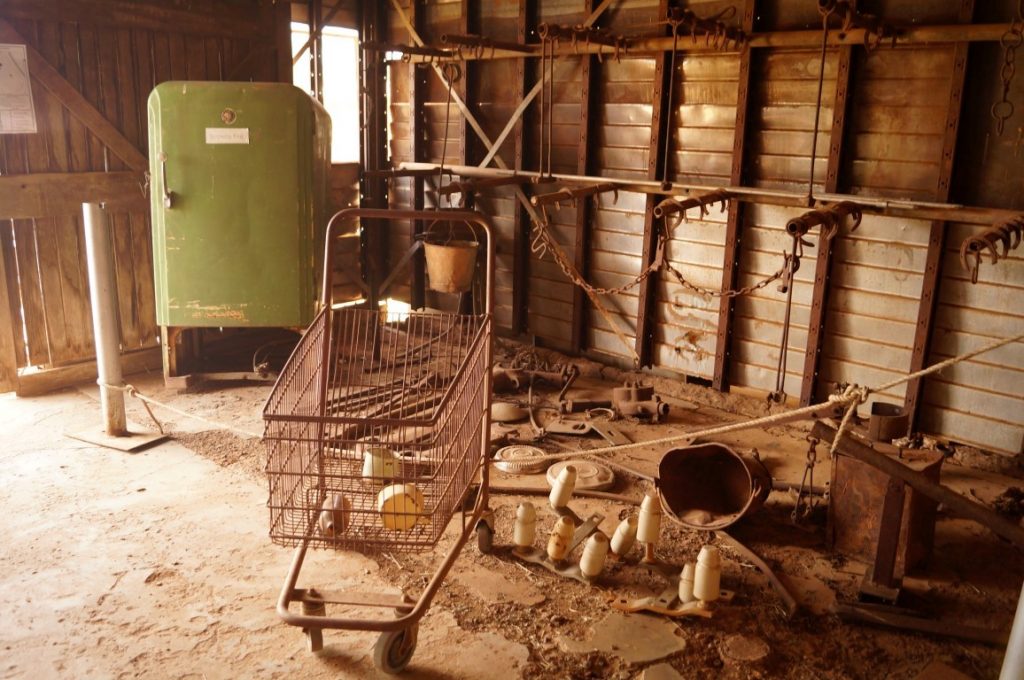 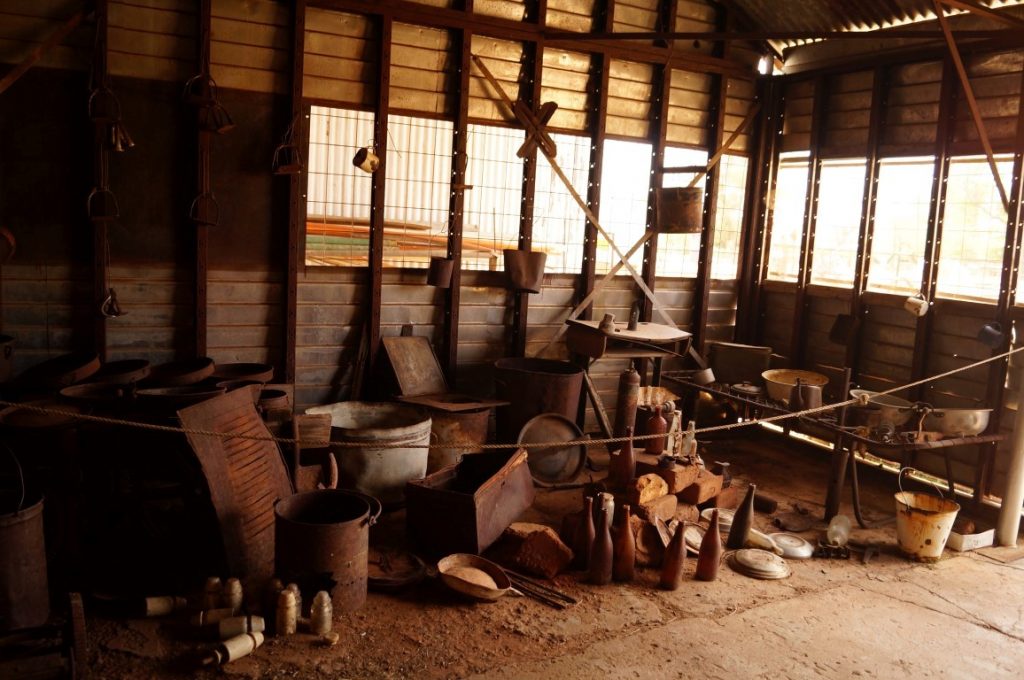 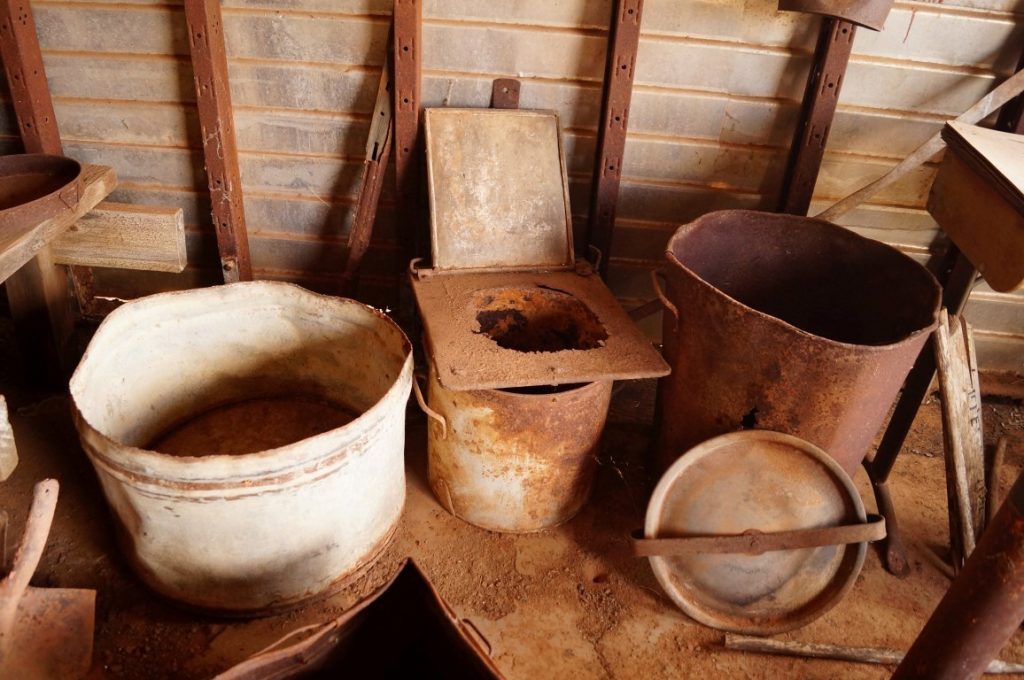 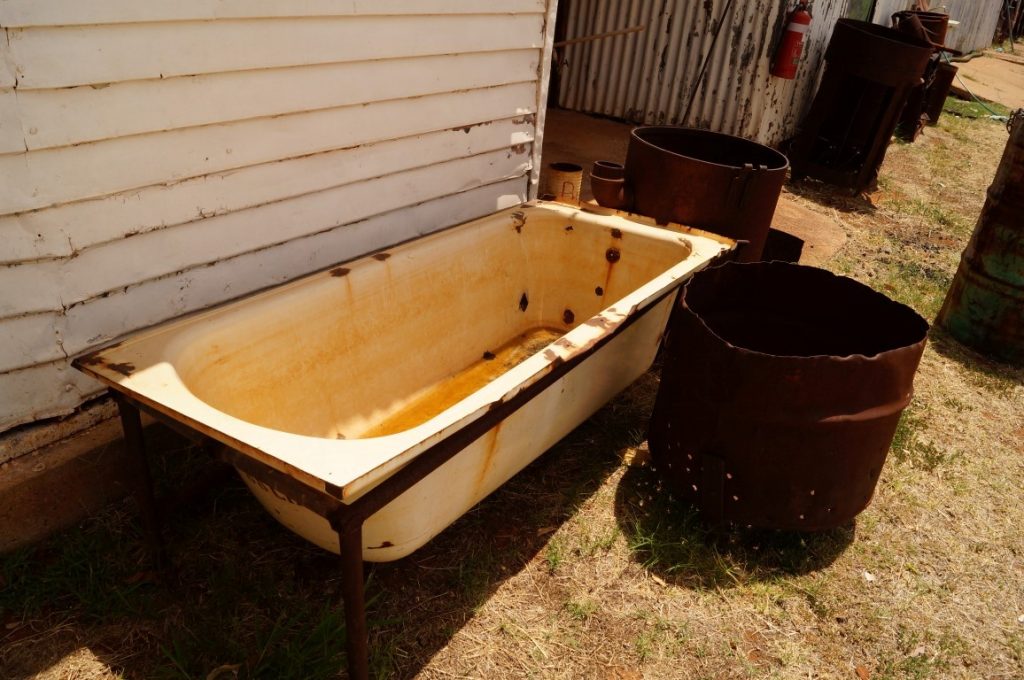 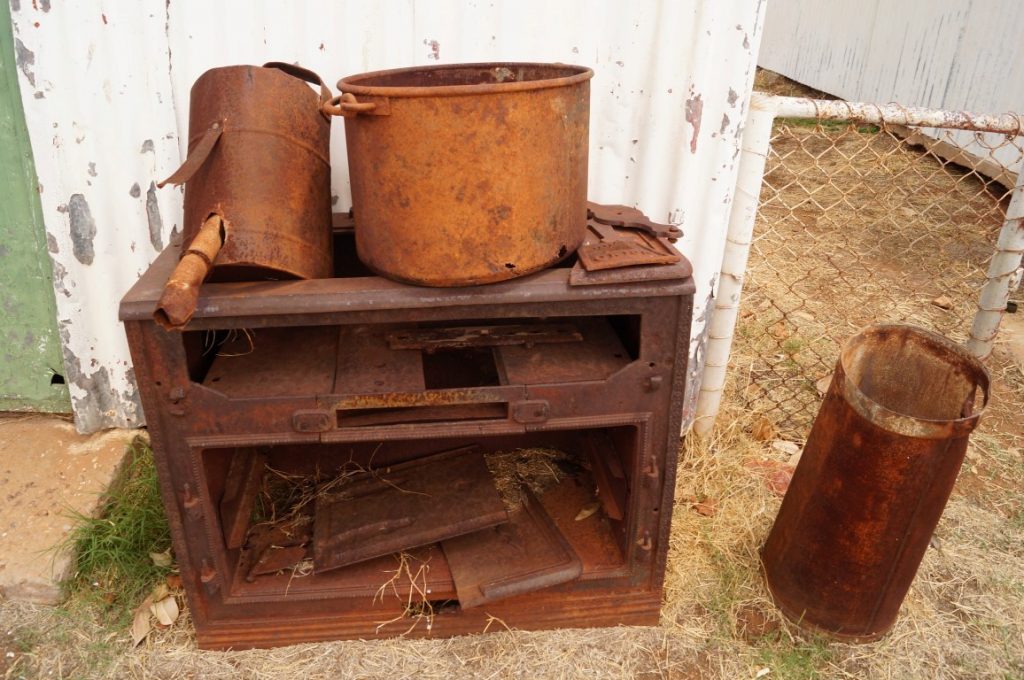 The fire-pit is surrounded by some interesting shed’s. This area is also home to old machinery and a building surrounded by hand made seating. 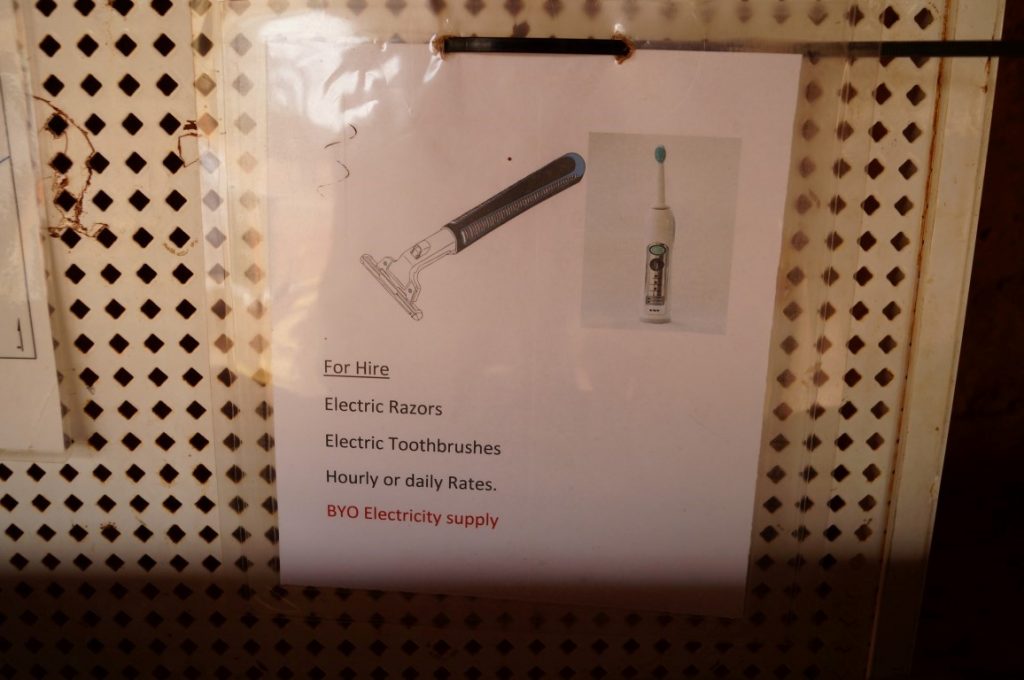 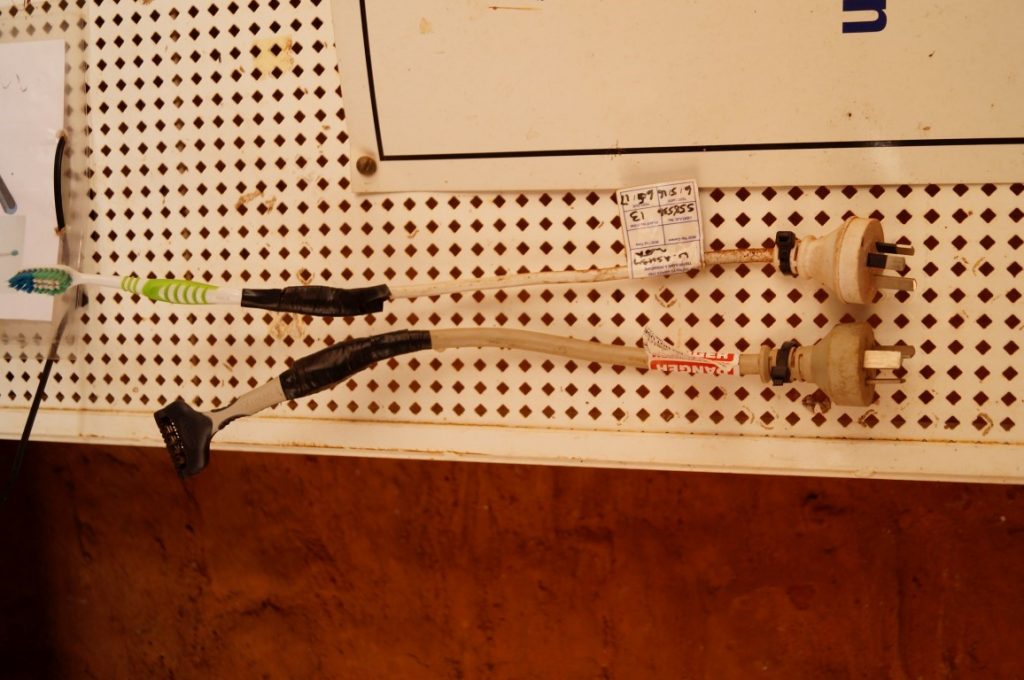 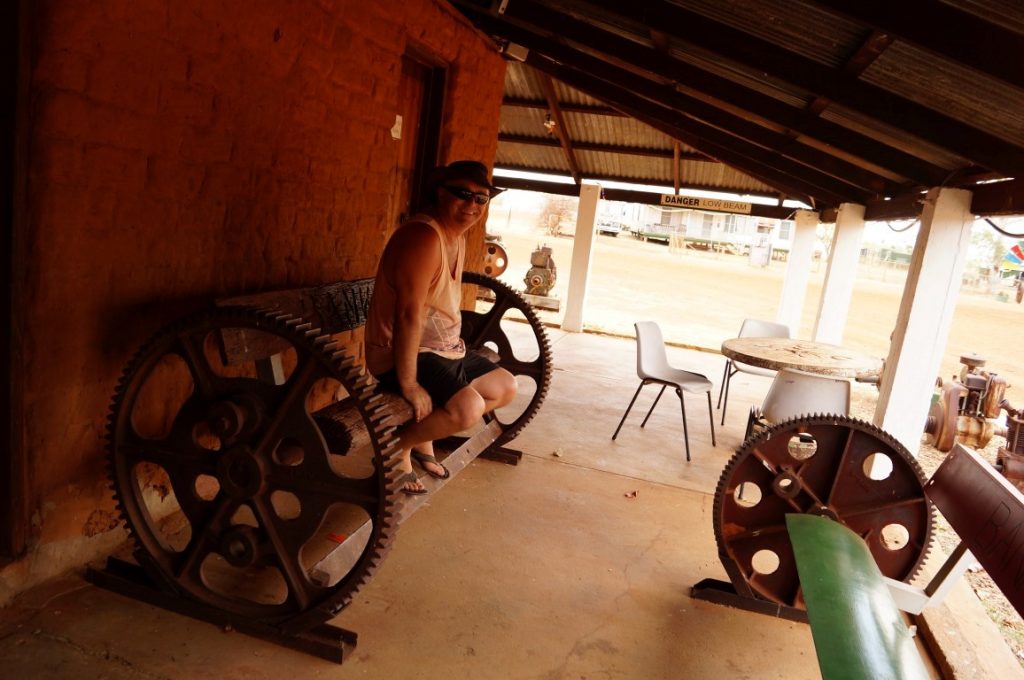 You will find a large block of toilet and showers. This is the place you will also find a washing machine for $3 a wash. 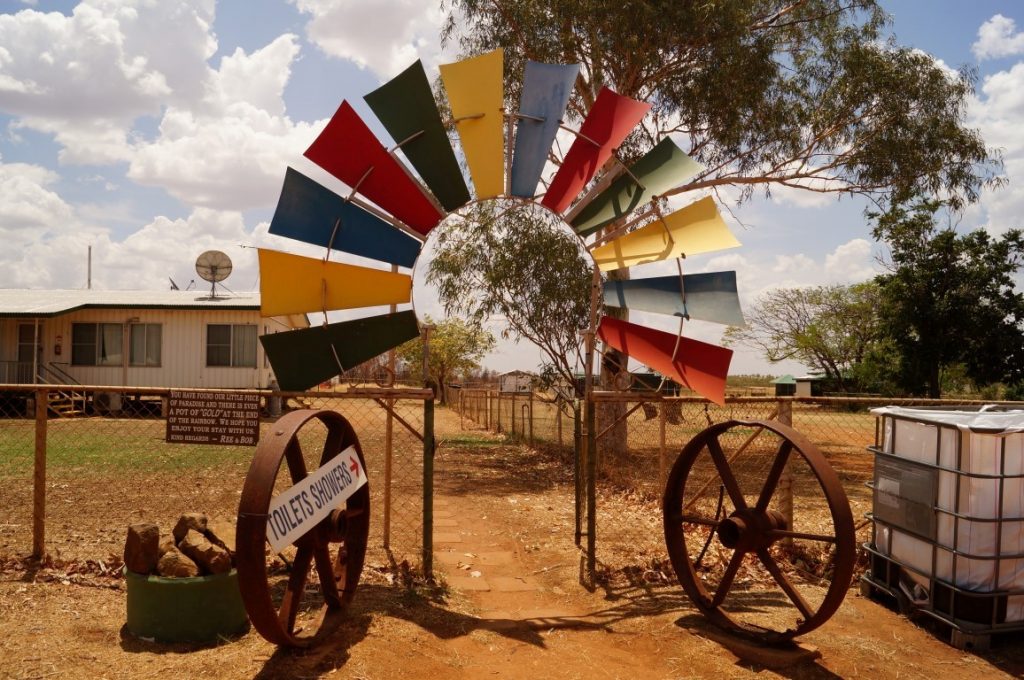 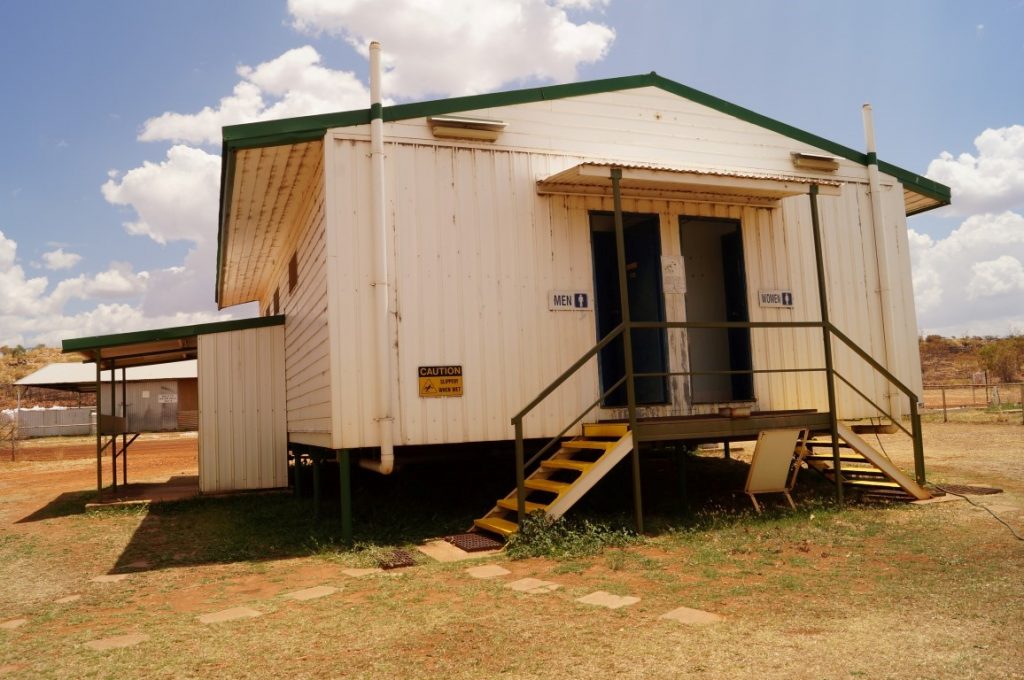 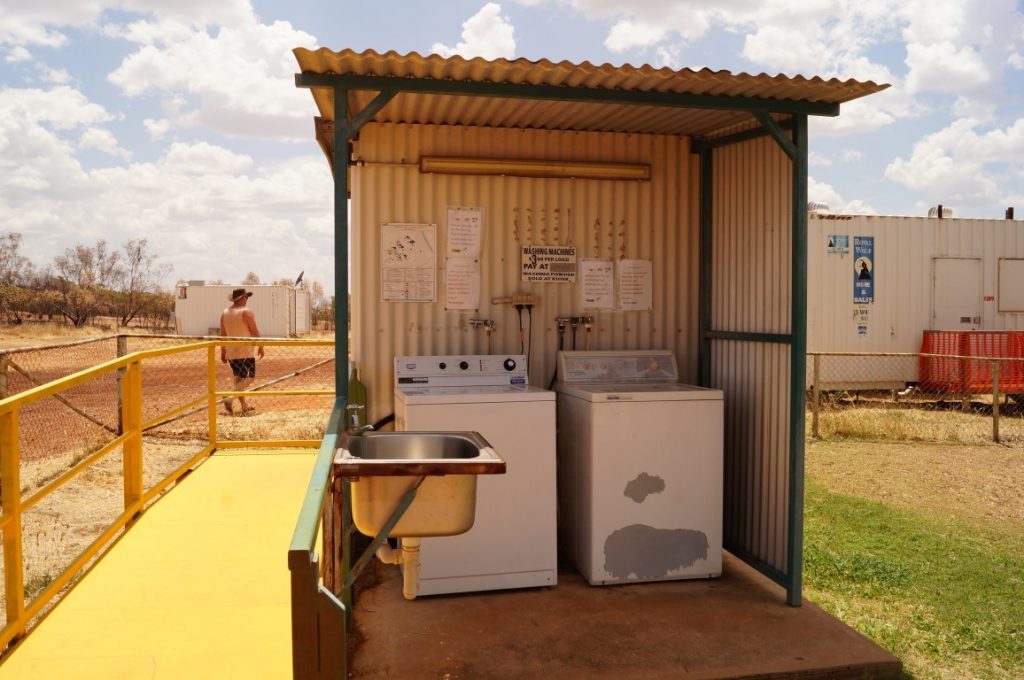 They have a dump point which is a hole in the ground with a lid but what more do you need.

There is a camp kitchen but no gas for BBQ was seen at this time, you may have to ask. 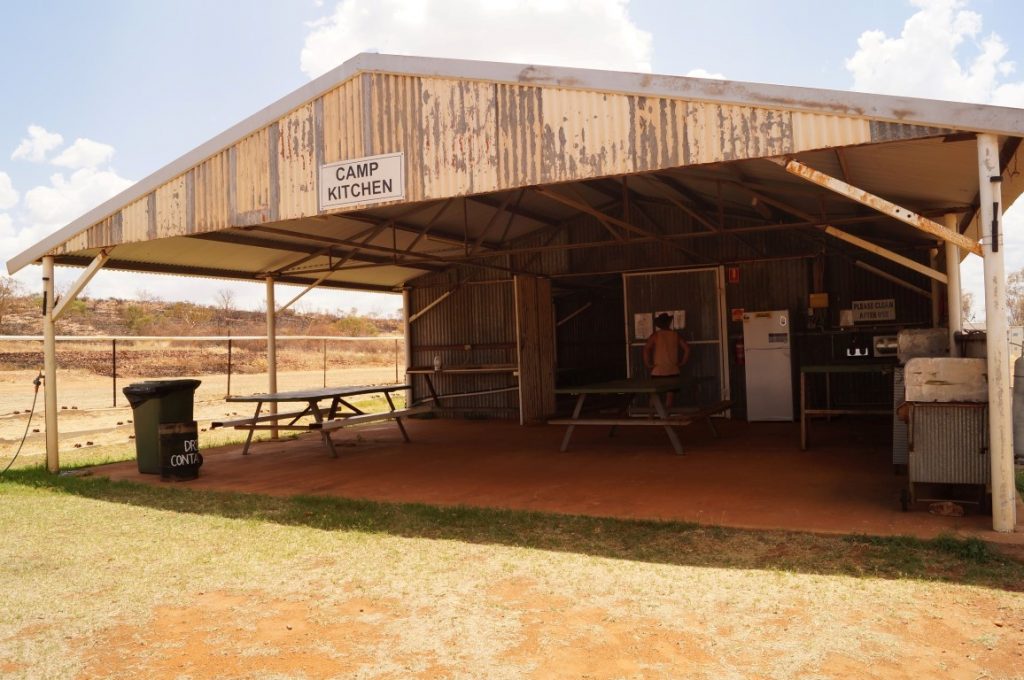 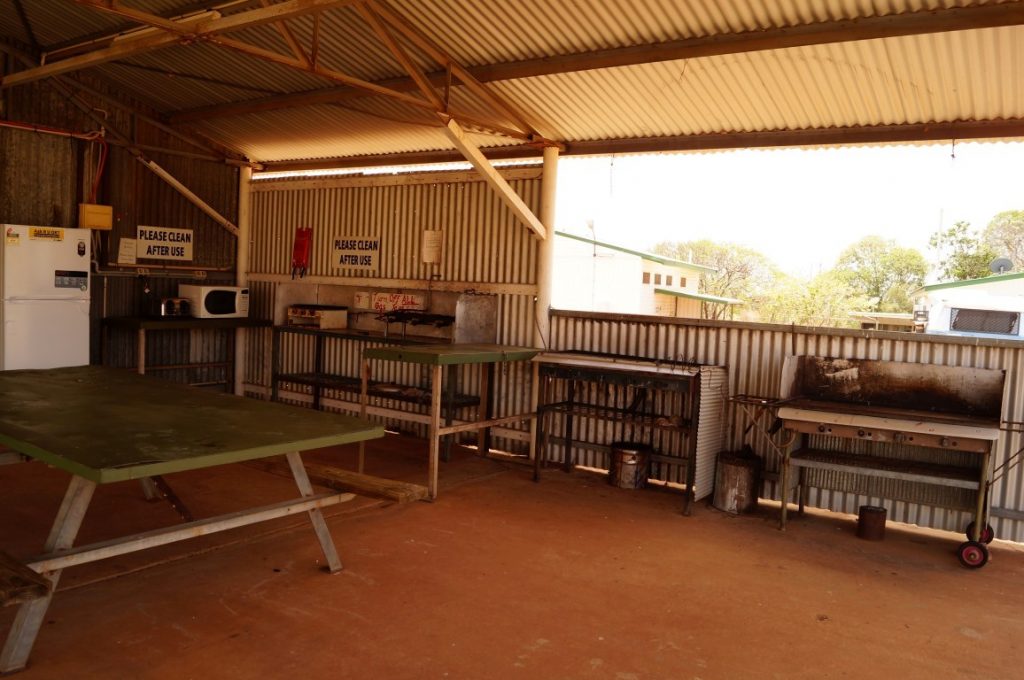 You can see donkeys here, we had a stroke of them over the fence, very cute. They have camels over the road I am told. We also spotted a cow and horses.

You can also go for a 2km walk to the top of the hill and see the Sunset and rise. 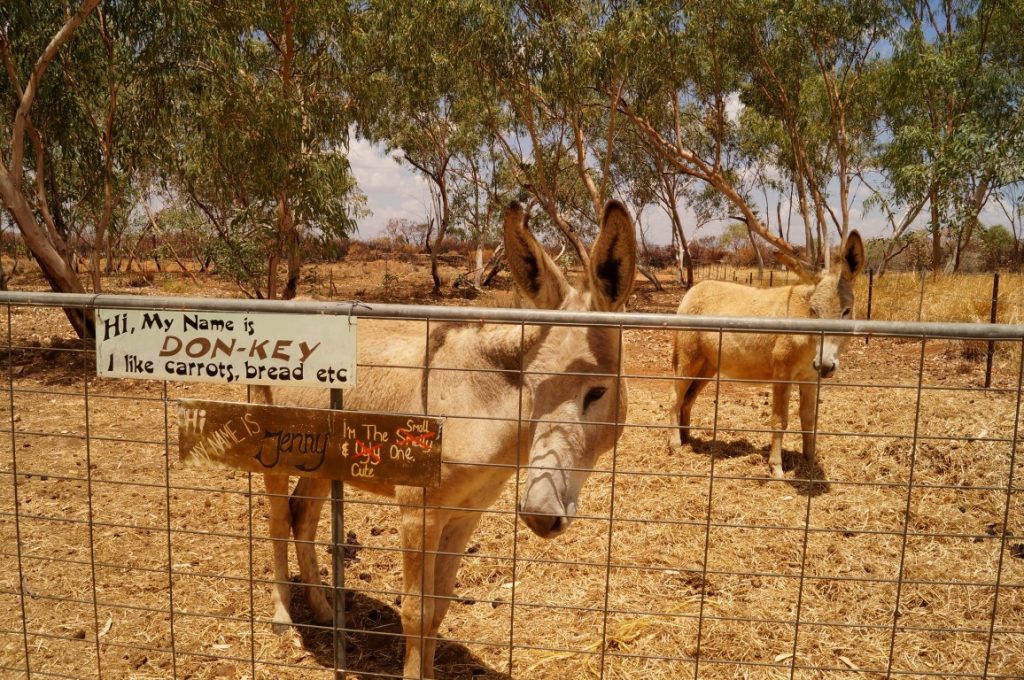 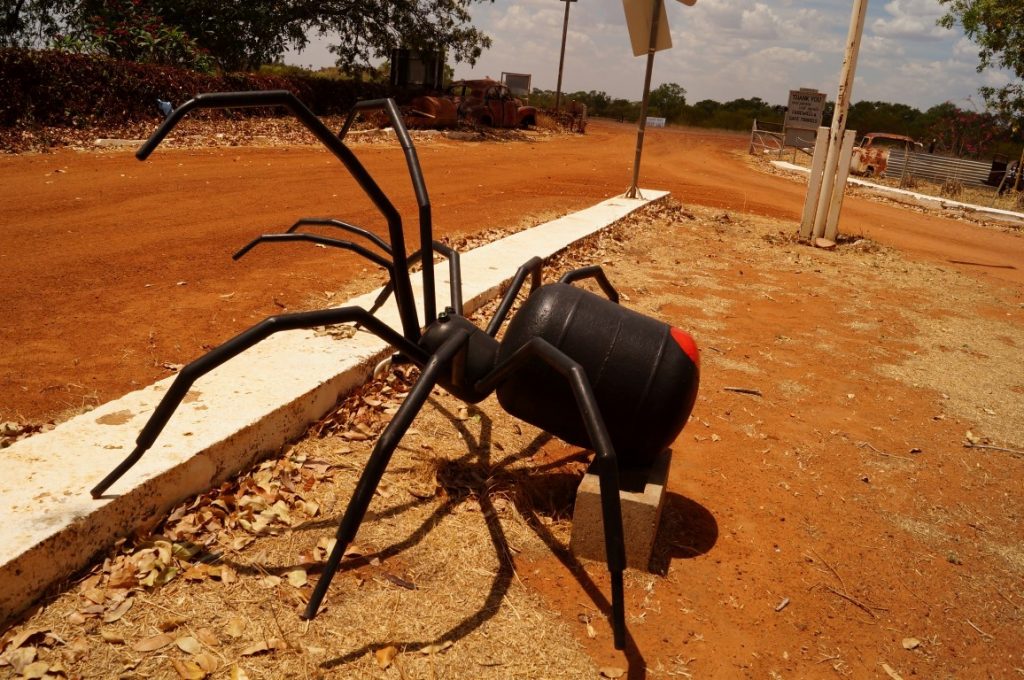 People were still arriving at 6pm, thanks to the solar challenge mob.

We had first seen them at Daly Waters with the actor Shane Jacobson. They had many teams doing the challenge. We did spend time behind a team only doing 45km per hour in a 130 km zone on some stretches. Part of the Istanbul and a German team’s stayed the night at Banka Banka. The cars are a stark contrast to the fantastic old cars on the station. 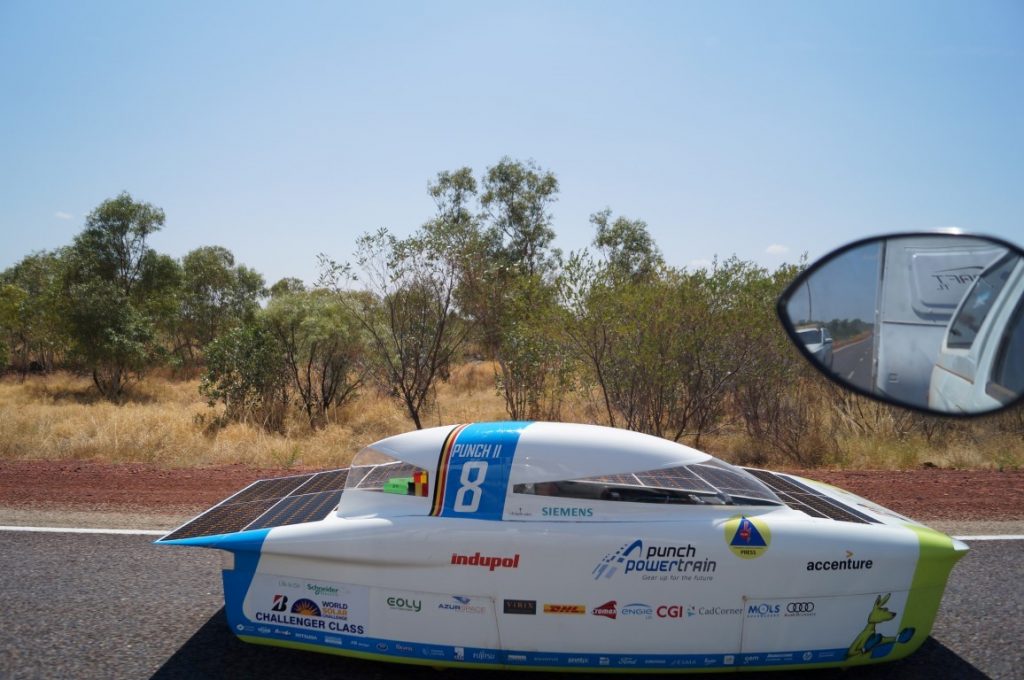 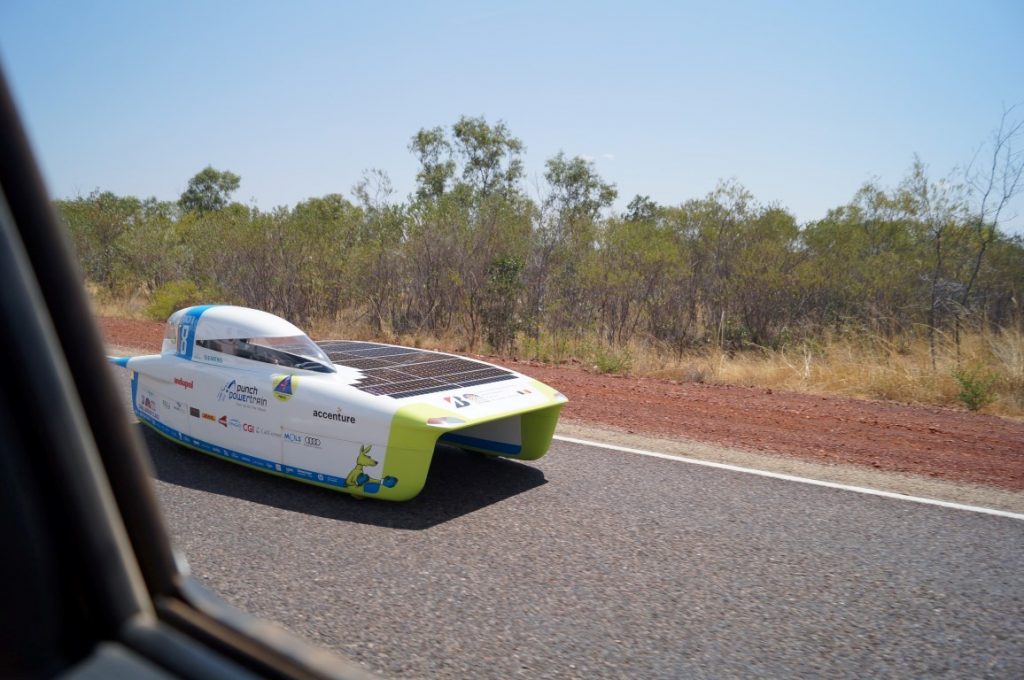 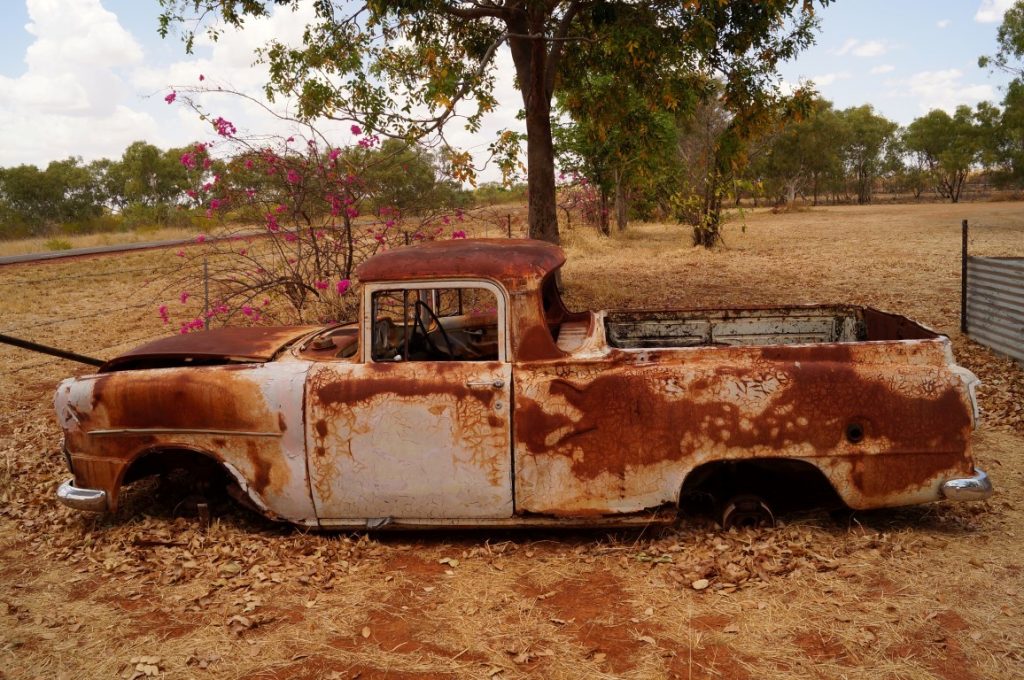 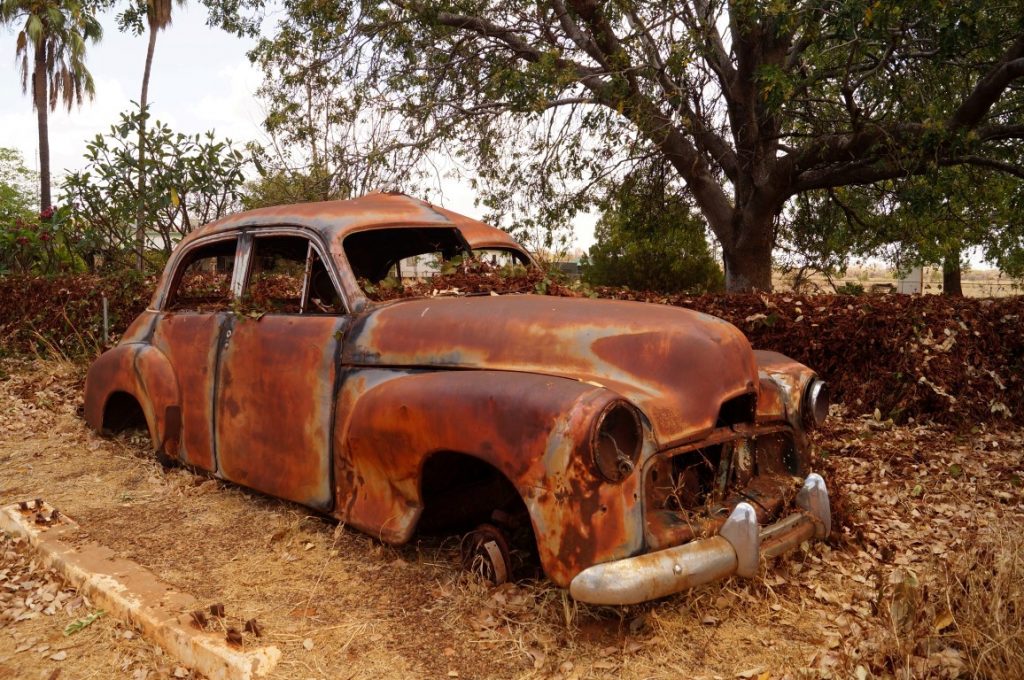 The station has no power but they do have water and it’s a great place to stay. See more on the Northern Territory camps here