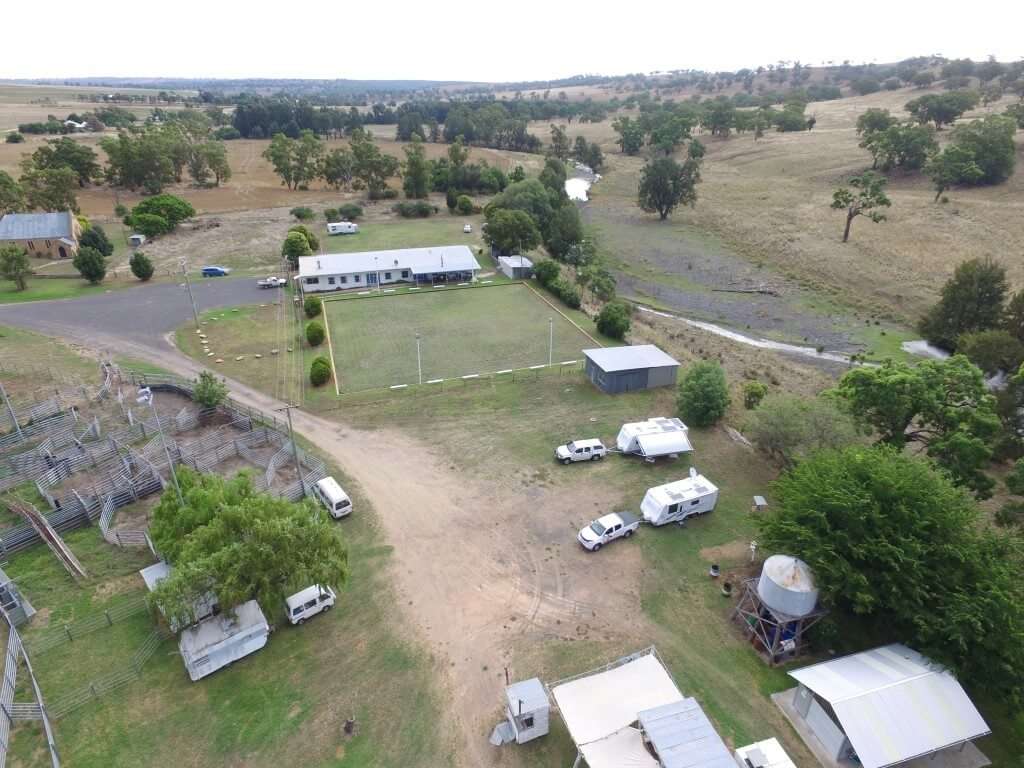 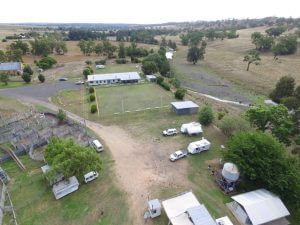 We wanted to fill our water tanks and do some washing so chose a cheap camp that we could fill our tanks and have some power for our washing machine.

The club wasn’t open but the cleaner inside said to park up anyway and call in after 4pm to pay, which we did.
We set up, unhooked and went to see what was in Cassilis, bout 2 minuets away. Only a pub “The Royal Hotel” and “The Plough Inn cafe” opposite and a small cute Museum ( closed and not sure it’s running?)
We had a beer each in The Royal Hotel $11 and had a sit outside. Not long after a couple of the locals, one by one came out for a smoke and to have a chat. The population on the sign coming in to Cassilis said population of 110. One of the locals we talked to later said it was more like 45, five of which was at his house. The Landlady was also lovely and friendly. They do takeaway alcohol so we ended up with a six pack of 4X for $20. 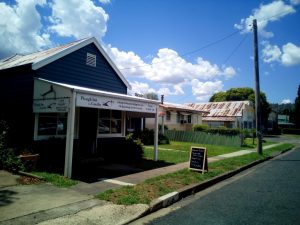 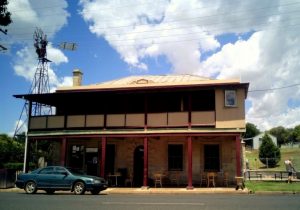 We got back to the Bowling Club and “Peg” aka Tony, the character who lives in his van on the property came for a chat. He seems to help out with the bowling club camp grounds and the area around it. If you want to know anything about the place he’s the guy to ask. He was happy for us to put our grey water on the ground when we asked as it was quite dry. 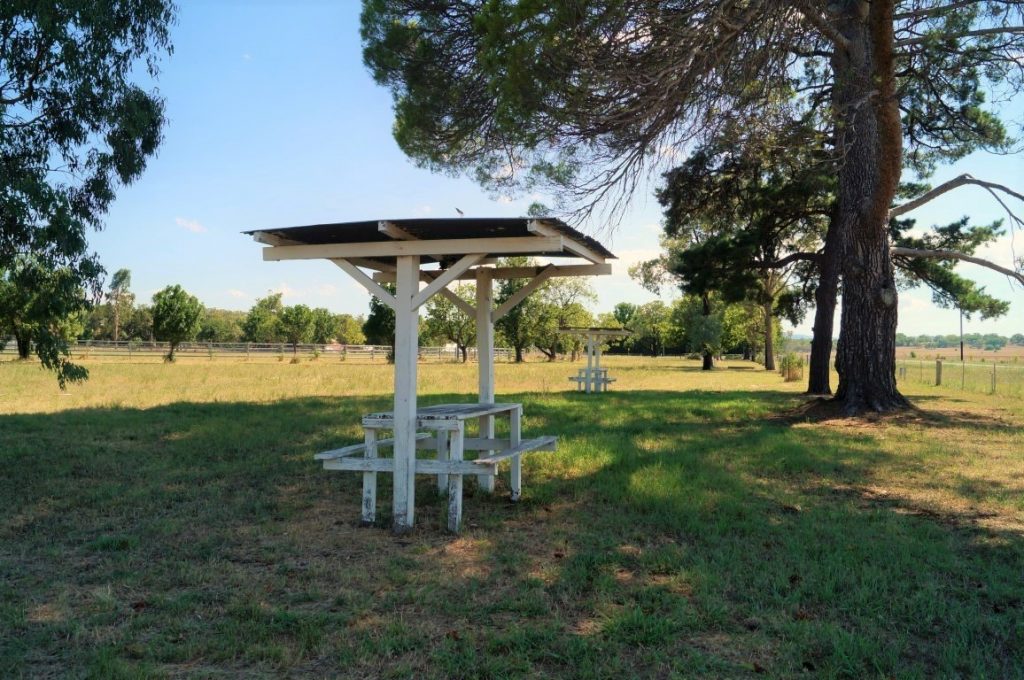 Seating around the Bowling Club/Showground 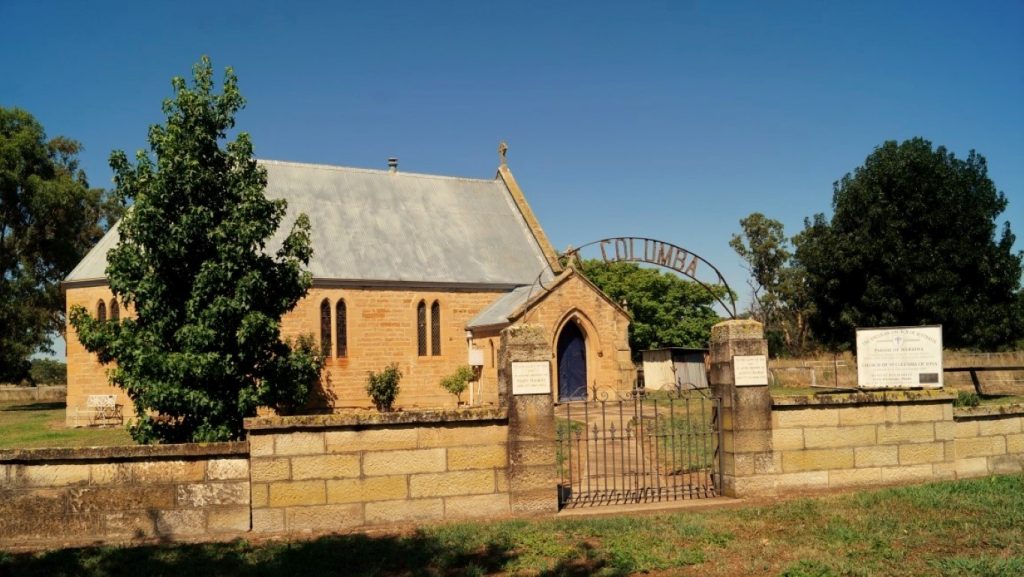 Church in the grounds 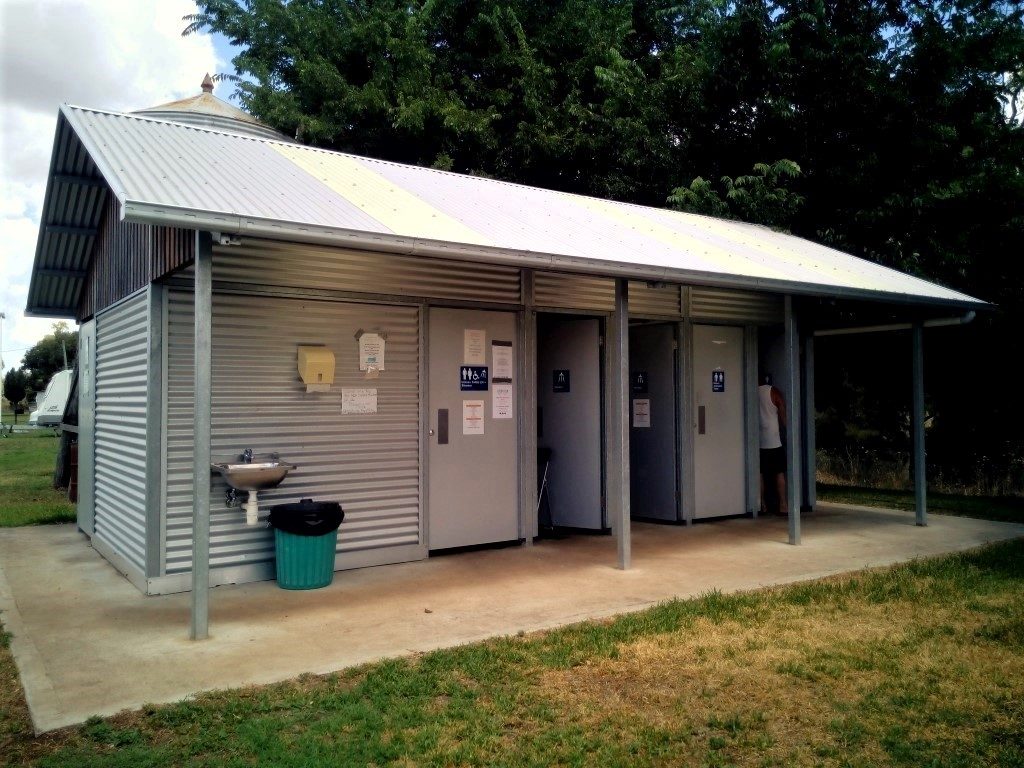 New toilets and showers as well as old 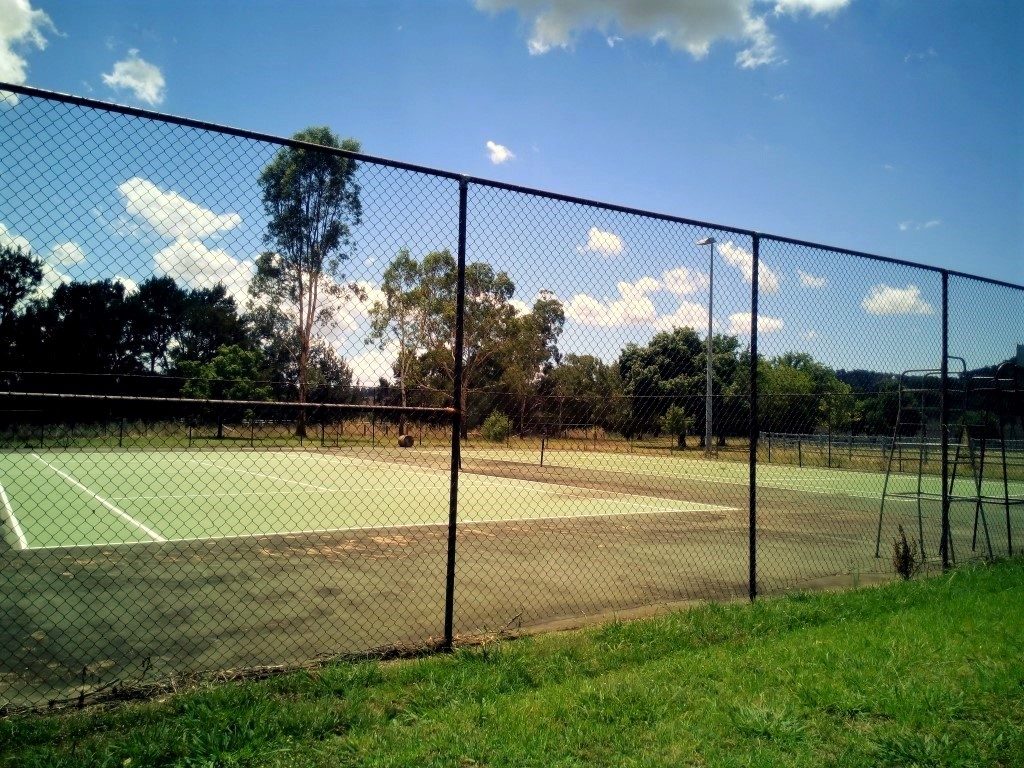 Tennis courts by your camp

At 6pm Larry went over to the bowling club and paid our $20 for two nights and got a take away pizza and garlic bread $16.  The meat lovers pizza was nice and big enough for two.Eating at the club

As well as older toilets and showers, a new block has been put in. Some couches are undercover to sit at as are shady table/bench’s around the place. The Tennis court is open but it is old and has no net.

The Bowling Club itself is no longer a Bowling Club. The green is not a green any more. It is now basically running as a caravan park according to Peg. 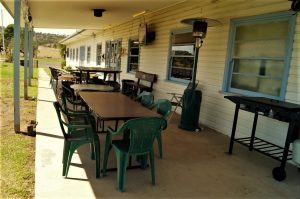 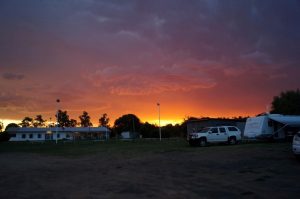 The Cassilis Rodeo is on here on the 3rd and 4th of February but setting up is already happening 5 days in advance. The rodeo increases the population to around 2000 for a few days.

If you like staying at showground, sports and recreation grounds you might like our post on the ones we have stayed at. Updated each time we stay at one. With over 17 in 5 states at this time. You can read them all in one place here

Cassilis was a nice relaxing place to stay we enjoyed it there how about you ?