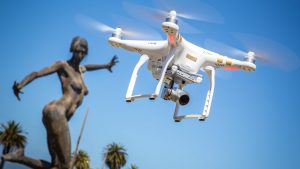 Before leaving Hayman we had a vision …..* insert 60’s hippie music here*

As we are travelling to many great spots around Australia wouldn’t it be nice to get the better scope of what we see so that friends and family can get a clearer view of what’s out there in this gigantic country. With that in mind we started researching into drones.

There is an abundance of different types of drones out there nowadays from super expensive ones to tiny selfie drones ( oh how quick times change even the selfie stick is out of date nowadays). After weeks of research we bit the bullet and although getting up there in price range we went with probably one of the major leaders in the drone field DJI. 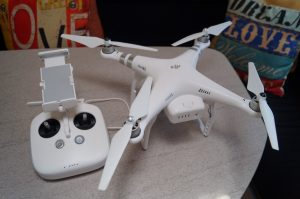 What we ended up with

We settled on a DJI phantom 3 advanced and although the DJI phantom 4 had just come out and i liked the feature of forward sensors to stop you flying into trees we opted for the 3 advance….

At a price tag above $1000 it’s not something to rush into and suggest buying something that meets your needs. For us it was all about landscapes, scenery shots, selfies and so forth. Something the DJI phantom does well. To get some more features to the operation of the phantom … yes you guessed it , there’s a app for that causes there’s a app for everything :). I downloaded and installed Litchi from google play and that allows me to do a few things the standard DJI go app doesn’t on the P3 such as being able to track Suzie and stay focused on her as she moves around the place.

Some of the features

Also has several other features which come in handy once you get familiar with what it can do such as: 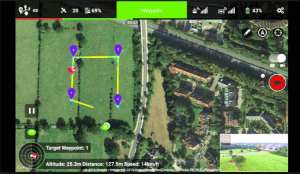 There are several other features like return to base when it loses signal, be able to use my Virtual reality glass to fly it in realtime but hopefully you get the idea it’s full of features to play with.

Flight time is around 25 minutes which is good for the current drone flying time. Battery takes about a hour to re charge again and the video and photo quality i can’t complain about. ( NOTE: Our drone footage on this site has been reduced in pixels to make the video quicker to download so don’t base quality of the DJI on our videos)

The actual flying of the drone is pretty stable and easy to get a hang of. If you panic you can just let go of the flight controller sticks and it will hover in one spot until you shake the nerves off, get your bearings again and continue to fly. We certainly don’t have a bad thing to say about the DJI Phantom and hope to take years of trouble free video and aerial pictures before it gets side swiped by a Hawk or angry cockatoo.