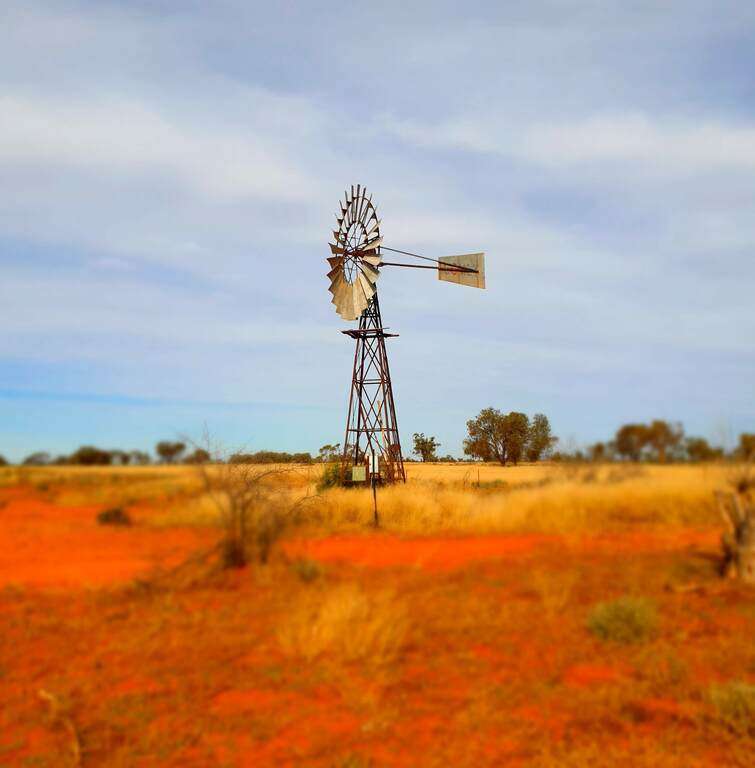 Larry had been looking at finding farm work again for a while. Earlier on in the year he applied for a job on a robotics farm. As some of you know he loves his tech and gadgets, this would have been right up his alley. Certainly the farm would have been an added bonus.

Unfortunately he didn’t get that job. Although he had worked as a bore runner on a cattle station in WA, other applicants had more broadacre farming knowledge. As a result, it got Larry thinking about getting experience on a broadacre farm.

Larry wrote a post on Facebook, advertising himself for farm work. He mentioned he wanted to work on a broadacre farm and listed his skills. Within a few hours Larry received a message from a farmer in NSW. After a phone call the job was his.

Looking at getting in to farm work yourself? Here are a few farming Facebook pages you might find helpful. You can also read through our “40 How To Find Work While Traveling“ post if you don’t have Facebook.

From Queensland, we headed to the Riverina area of New South Wales for Larry’s new job. Basing ourselves at Weethalle Showgrounds. At only $10pn for power and water it was a bargain.

However, once the Weethalle music muster came to the showground, we moved to the farm. Mark and his wife Chonny gave us a lovely spot to park with fields in front and silos behind us.

Not Quite A Robotics Farm, But..

Power and water was available to us on the farm. Water was from a rainwater tank which was gravity fed. Larry wanted to make it so the water would fill our tanks automatically, when low. No turning it on and off again. Subsequently Larry had a cunning plan.

Larry then automated the pump to turn on and off based on what the water level sensors read. When the main tanks are low the rainwater tank automatically opens a valve, and pumps water over to the main tanks. Once full this will automatically shut off and go back to monitoring mode. Anyone want to hire this talented geek 😀

What Was Larry Job?

Larry had been hired to help out during the NSW grain sowing season which started in mid April. The work included seeding, spraying as well as a bit of mechanical and preventative maintenance. Learning how to use new machinery always makes Larry a happy chappy. For instance, towing an air seeder and fertiliser spreader behind a articulated tractor.

Lupins, Barley, Wheat and Canola are the main produce grown on the farm. Sowing went for roughly 6 weeks with the remaining months doing maintenance and general farm jobs.

Sometimes Finding Farm Work Is About Who You Know

Do you ever get that feeling that somethings are just meant to be? Well, I reckon this farm job was meant to be. Here’s a few coincidences. Firstly, Mark, the owner, knows a couple of people we had worked with on remote Hayman Island. One was their nanny from the UK and the other was at school with Mark (Big country, small world).

Secondly, the name of the farm is “Brigadoon”. Coincidentally, this is the name of a old black and white movie with a Scottish theme. I had made reference to it, the week before Larry got the job. Not the twilight zone but definitely happy coincidences.

Near the end of the sowing season, Chonny’s sister and her family visited. They have a large sheep station in Bourke NSW. Larry was asked if he would like to work for them once he had finished on the farm. Unlike the broadacre farm, this job was grading the roads and fence lines on a 200,000 acre sheep station.

Larry hadn’t done grading before but was very keen to give it a go. As a result, when the broadacre farm job finished, we headed to the sheep station. Finding farm work is a lot easier when you base yourself in a small town or in the outback.

Getting to know some of our rural outback towns is one of the great things about working while travelling. I was lucky enough to have Chonny, pop over for a chat now and again. Chonny and their son, gave us a few great recommendations of places to visit. For example, Junee Licorice and Chocolate factory. Amazing chocolate! Also Witton Malt House which we went to for Larry’s 50th. During our stay we got to visit many of the recommended Riverina sights

On To The Sheep Station

We are now on the sheep station. This station is bigger than the broadacre farm yet smaller than the WA station Larry worked on. A bit like the three bears, this one is just right. Larry is loving his job. I’m loving the views where we are parked on the station. Stunning sunsets, roos, emus, birds and apart from the house we’re parked next to, not another house in sight.

For those wondering, I am hoping to get Larry to write about his experience finding farm work. Also more details of what he did. Likewise the sheep station.

Also, to answer a questions I get asked, I’m not working at the moment due to health reasons. I’m lucky we love and live a simple life.

We use Boost for our phone and internet while travelling as it has 3G & 4G coverage on the Telstra Mobile network.