Generators have their time and place when it comes to the caravan world. Some people can’t afford solar setups or some require generators for medical reasons. What ever the case they serve a purpose.

I along with alot of people aren’t a big fan of freedom camping around others who have generators running all day long, it kills the peace and quite but like i say those that do have their reasons and therefore everyone should learn to respect that providing they are being considerate.

Despite having a good amount of solar and battery power we do actually have a generator in the back of our ute for the one time a year that it may get us out of the crap, or alternatively the times when there is no one else around and its hot we can start it and run our air conditioning for some luxury without annoying people nearby. Knowing what i do now, the fact that we have one and is only for emergency it’s probably a over kill, including weight, considering we have a diesel 4wd with DCDC charging capabilities that will allow us to hook up to the van and charge the batteries if we need to. But ask me again once i’m in the outback miles from civilization in 50C heat with my air con on 🙂 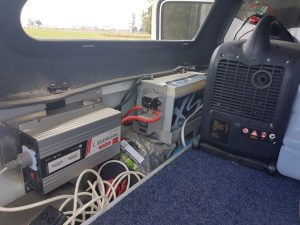 Genpower generator comfortably sitting in back of ute

After doing a fair amount of research again on what to get, the majority of nomads appear to swear by Honda or Yamaha. Either of these units i’m lead to believe are light, quiet and powerful enough to do the general caravanning needs. In general a 2kva Generator such as the Honda EU2000i will be sufficient enough to run your AC unit in the van ( Which is the highest appliance demand your likely to have in the van …. generally speaking). However they do come with a high price tag ($1600 upwards).

What did we buy ?

Taking into account the price of a Honda, how many times i planned on using a Generator, the fact that i’m a mechanic we decided that paying big coin for something we won’t use much was not very appealing. We ended up paying $700 for a Genpower 3.2kva generator which is half the price and has more grunt than a Honda yet is not to far away from being similar weight and decibel volumes.

Granted we don’t really use it, although i do crank it up every now and then when we are doing farm stays just to give it a run on load, It does the job we want it to. I leave it tied down in the back of the ute so i never have to lift it when i want to use it. It comes with remote or key start  so i just run it in place and leave the ute rear canopy doors open to let the fumes out.

What not to do with it

The Genpower comes with remote start, key start and pull start. Unfortunately i flattened the battery on it one day and could only get it going by jump starting the generator so i took the battery out of the Gen and went to go charge it from the front of the ute. Sadly i forgot i was doing that and drove off down the road later in the day and the battery flung off the bullbar and that was the end off that batteries life span. So i ended up making some leads up and now it starts directly off the AGM battery in the back of the ute.

Overall I’m happy with the Genpower gennie but like i say, i barely use it so it’s not a very in depth review on my behalf. If you’re looking for a cheap generator that will do the job… what i can say is, it does that. 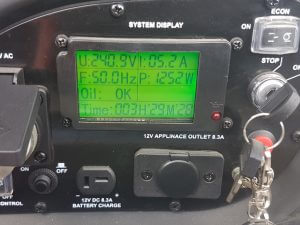 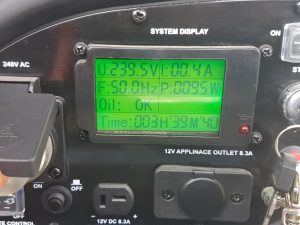 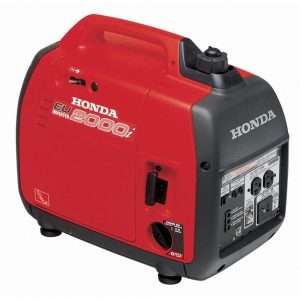 We are so happy to be able to offer you a $30 Discount Code for Caravan RV Camping. They have everything you can think of for your caravan or recreational vehicle. Generators, batteries, appliances, accessories and spare parts. Save $30 when you spend over $500. Use the code “FULLTIME“ at the checkout to receive your discount.