A few months back now we bought a Garmin 67LMT navigation unit. Garmin make not a bad product in general and is a popular brand when you start researching into GPS’s. The Garmin is certainly better than the android apps we were using. I does still have a fair few annoyances with this model than what i had hoped for. But for the most part it does get us to our destinations eventually. 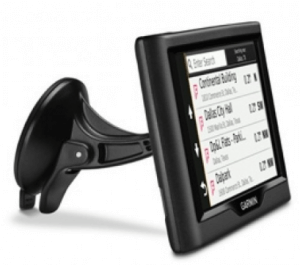 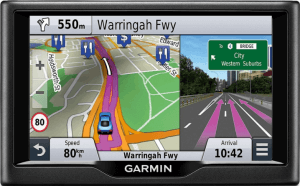 My thoughts on navigation operation

The actual operation of the unit from the Garmin side of things works fine. The maps however have lead us astray a few times now. Considering the streets we’ve gone down have been around for years i would of thought they’d been mapped out better than they are. While in NSW its been telling us to do a U turn right along a large portion of the pacific highway. For 30minutes worth of 110km motorway she just didn’t shut up, ” please turn around, please turn around”.
Alot of streets that have been around for years have no speed attached to them. Some of the Foursquare points of interest (POI) don’t exist. We went to a POI called ” middle of no where ” when in actual fact it was in the middle of somewhere IE: smack in the middle lane of the pacific highway.

We have decided to call the voice behind the navigation “Doris”. Doris was about to part our company one day when she lead us down a street with a 2.7m high bridge and our caravan is 3 meters high. Granted she’s not to know that but we did have the fun times of having to back a caravan up a S bend hill for about 200 meters to take a alternative route.

Overall Doris generally does ok, shes got alot of places to remember :). So i won’t throw her out the window just yet. Garmin do release updates via the web which i plug the Nav unit into the PC and update it so improvements are always happening. Just a little disappointing that the maps aren’t as good as you’d expect for this day and age.