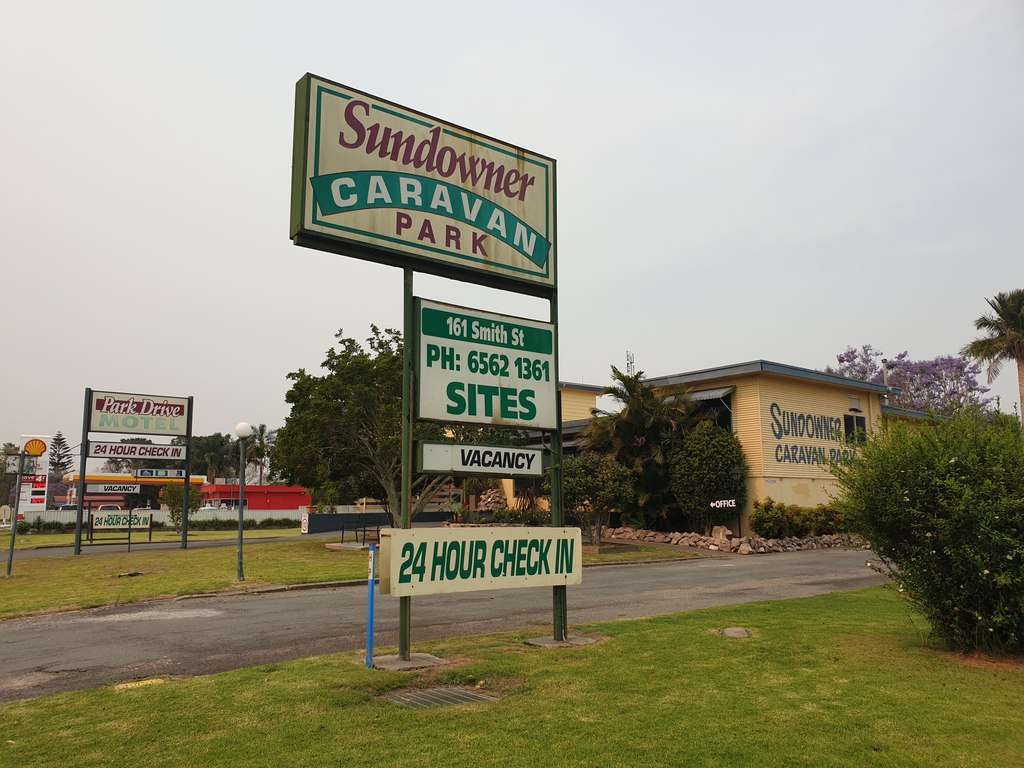 Sundowner Caravan Park was not a planned stop but it was nice for the one night we stayed.

After heading to the Kempsey Showground first and noticing it was set up for displaced bush fire residence we continued on. Luckily Sundowner Caravan park had a couple of drive through spots left. Considering they only have 5 spaces I was very relieved as we had arrived late in the day.

The actual caravan park is bigger than 5 spaces but it houses mostly on-site long term vans. It also has motel rooms, which were full with essential services workers helping with the fires.

The five places for camping are at the beginning of the park and are lovely green sites. Beautiful Jacaranda trees were in bloom when we stayed and herbs were growing by the van.

The five sites get to use the spotless toilet and shower to themselves and get a key to the well equipped camp kitchen. A BBQ and pool are across the way.

Sundowner caravan park was a little unusual in the fact it only had 5 sites and the rest was full timers. It’s also on the main road and next to a servo (which could be a bonus to some) In saying all that it actually felt like a nice place for the night.

This is not a destination caravan park by any means but if your passing through Kempsey and they have a space, it might be worth stopping a night or two.