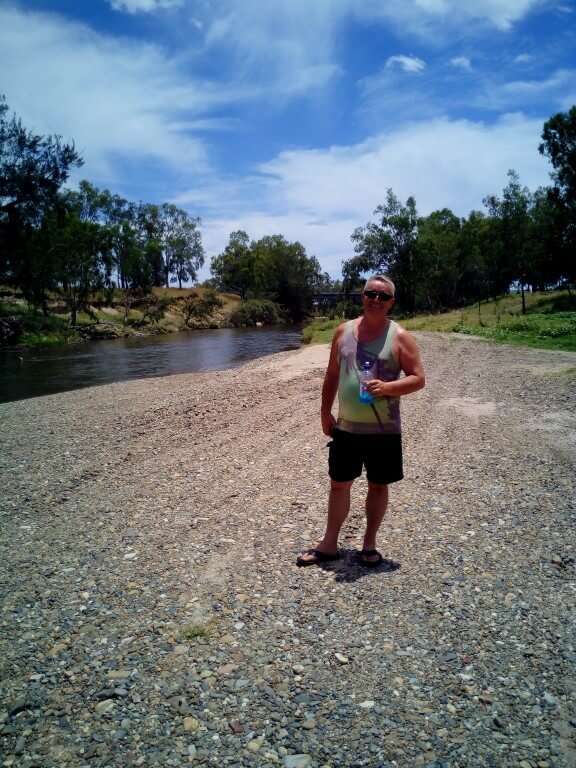 You can stay in Texas  beside the river for up to 2 weeks! (there is a donation tin folks!).

As we drove over the bridge in to Texas. ( I love saying I went to Texas, it’s the small things hey) the camp was immediately on our right. We passed a couple of older vans that looked like they had been there a long time. there was also a wooden structure with a couple of benches under it. Later I found out it had magazines people had left for anyone to take/read and a box to donate. It’s always a good idea to keep these kind of places going. 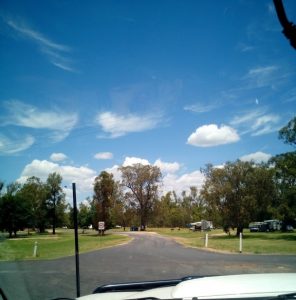 The first large grass area had a few vans on it and if you keep on driving you drive over a cattle grid to another large area which leads down to the river.

We stayed at the first area as we were only staying a night. Had we been there for longer we would have moved in to the second field. There were large cactus that had started to flower outside were we had decided to park (sooo … Texas ) 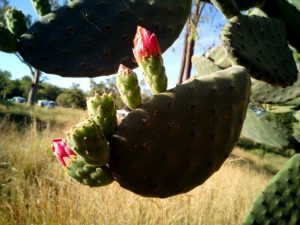 Down By The River

We got settled in and headed down to the river. Arrrr what bliss. The water was flowing quickly on the other side but on our side it was just flowing nicely. We sat there and let the cool water wash over us. It was so refreshing. 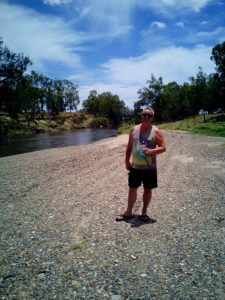 Later we went to the shops to get some grocery’s, forgetting what day of the week it was (as we don’t need to know right now) It was Sunday! so only two shops were open. Oh well that’s enough, better then none!. Although neither had bread left. I was expecting that in a small country town so no worries.